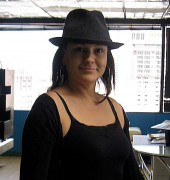 Located in LA, Vegas, NYC and Seoul (Korea), Spectrum Entertainment was established in 1995 and has since expanded to cover a wide range of markets. We offer some of the very best : Actors, Models, Children, Specialty Acts, Impersonators, Look-a-likes, and Showgirls, Little people. Actors of all types for Television and Film Commercial talent for TV and Print, Runway and Editorial Models.

All types of submissions accepted via the website. Looking for a huge range of types and acts! 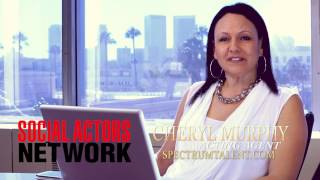 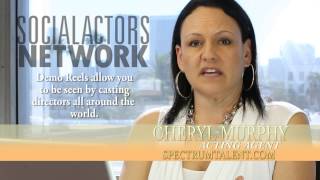 A former dancer with the Osmond’s Donny and Marie and a Las Vegas Showgirl for twenty years in numerous Known Production Shows, Cheryl Murphy manages to run three talent agencies, open theaters, and find and cultivate new talent. What is her secret?—A wealth of knowledge that only a performer can bring.

Cheryl Murphy, CEO of Spectrum Talent Agency, Spectrum Entertainment Int’l Inc, located in Los Angeles, Las Vegas and Seoul Korea, started off dancing for the Osmond’s in Utah, where she grew up. She then moved to New York and studied with many GREATS in the dance world at Alvin Alley, Melissa Howard, David Jennings, Luigi, etc. So she grew up in the entertainment business, dancing and performing. Then she went to Las Vegas the Entertainment Capital of the World as a Vegas showgirl for 20 years, and she danced with some really big names: Sammy Davis Jr., Wayne Newton, Debbie Reynolds, Don Rickles, Lola Falana Melinda, the First Lady of Magic; Miller Reich Productions; and Penny France Productions.  She then started doing wardrobe as well known Top Entertainers like David Copperfield, Carrot Top, Seigfried and Roy, Melinda, Kevin James.

Cheryl Murphy got into the other side of this business about 20 years ago.  A young lady named Cris O’Rourke owned Spectrum Casting when it was just casting, so Cheryl took it over and moved it to the next level.  She is Internationally known for celebrity Endorsements and has had the agency in LA now for 15 years and are literally making it happen in the Los Angeles market.

Cheryl points out that Spectrum, located in both Los Angeles and Las Vegas and Seoul are very different.  “Las Vegas is known for being a convention town and corporate town—there are a lot of corporate events. We cover all spectrums of show business, whether it’s stage productions, dancers, musical acts, impersonators—they’re big in Vegas.

In Los Angeles there’s a lot of television and film, commercial and print.  According to Cheryl, when picking models, there is a criterion where they have to have a certain edgy look.  They look at a lot of head shots and acting reels, measurements, look through portfolios, and sometimes recommend that they shoot with another photographer because their pictures may not be strong enough for their agency.  It’s a process, especially for the younger talent.

Regarding Her and her associate Shownal Hun from Seoul Korea we have booked many Top Celebrities and Icons, to name a Few:

“The day I had to retire from my career.  It was so part of my life since I was 5 years old. I had been on stage for 20 years.  And you always hope that you can go on to do something bigger and better than what you’ve already done, and that was probably the low point of my life—making that decision to hang up my shoes.  Dancers are like athletes—there is one day when you have to hang up those shoes.  And when that day came, I’ve never looked back. I have to look forward.”

As a woman, Cheryl has encountered some obstacles.  Take her seriously because she is on the move ! “I am a serious businesswoman.  I take care and handle my business... A real hustler, I get out there and I make things happen.  And when things don’t just fall into place, I keep it movin'.”