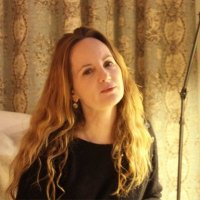 Prior to launching her own New York–based company, Antonia Dauphin Casting, Antonia Dauphin was a casting associate with Walken/Jaffe Casting for three years. Among her projects there were the final three seasons of "The Sopranos" and the pilot for "Entourage." In the last five years, Dauphin has specialized in casting independent films, including such upcoming projects as "The Flim Flam Man," starring Richard Gere; "The Grandmothers," starring Julianne Moore; and "In the Miso Soup," starring Willem Dafoe. Among her completed projects are "The Music Never Stopped," starring J.K. Simmons, Julia Ormond, and Lou Taylor Pucci; "Coco Before Chanel," starring Audrey Tautou; "Elvis and Anabelle," starring Blake Lively and Max Minghella; and "My Last Day Without You," starring Nicole Beharie and Ken Duken.

Submissions can be emailed to dauphincasting@aol.com.