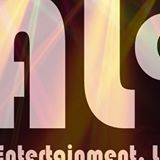 Al is a Southern California Magician, but performs worldwide. He has performed in 25 countries on five continents, on cruise ships, at fairs, nightclubs, hotels, and in concerts and theaters as well as the world famous Hollywood Magic Castle. He is also the owner of Al Lampkin Entertainment providing California party entertainment magicians, deejays, bands, karaoke, game shows, lookalikes and a host of other variety entertainers and production services. Al is definitely a funny magician as he was selected as the Best Comedy Act of the Year by the International Brotherhood of Magicians as well as Best Close-Up Magician by the Pacific Coast Association of Magicians. His show is not just a California magic show, but International in scope. Al has shared the stage with countless superstars including Johnny Cash, Joan Rivers, Jerry Van Dyke, Henny Youngman, Crystal Gayle, Carol Burnett, Kool and the Gang, The Pointer Sisters, Charlie Pride, Reba McEntire and many others.
A thirty-plus year veteran of television, Al has been seen on countless TV shows al-with-card-sm1including “The Rodney Dangerfield Comedy Special”, “Columbo”, “Amazing Stories”, “Operation Runaway”, “Days of Our Lives”, “General Hospital”, and numerous others including frequent guest appearances on such shows as “The Tonight Show”, “The Mike Douglas Show”, and many others. Al starred in the theatrical movie “Never Say Goodbye” and has appeared in several other feature films including a featured role in “Ninja Academy” for HBO.Al is still in constant demand to perform his fast-paced clean comedy and audience participation show and close-up magic routines. His performances always include jokes, stories, magic, audience participation and lots and lots of laughs. He is always a hit with any crowd