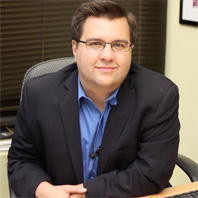 Michael Cassara, CSA is a Casting Director, Educator and Producer based in New York City and dedicated to developing and fostering the growth of new musicals, plays, and film projects.

Submissions are most effective when sent for a specific project. All of our New York area projects are listed on ActorsAccess.com via Breakdown Services. Register there (for free) to keep an eye out for our current and upcoming projects. Many of our projects can also be found on Playbill.com, and in Backstage, Show Business Weekly and other trade publications. Contact via the Contact Form on his website. - Extra Tip: Follow Michael's twitter feed. Sometimes he just puts out that he has free time in an audition room and is willing to see anyone that will show up!

In 2013, Michael became the Casting Director for the National Alliance for Musical Theatre (NAMT), starting with their 25th Annual Festival of New Musicals – casting 78 performers for 9 industry presentations of new musicals.

As a director, Michael’s credits include The Songs Of Kait Kerrigan and Brian Lowdermilk, selling out Manhattan’s Opia lounge starring Michael Arden, Alison Fraser, Mandy Gonzalez, Kate Shindle and many others. His directing work has recently been seen at the Goodspeed Opera House, the Perry-Mansfield Center for the Arts, the Paramount Theatre (VT) and in readings at the NYU Graduate Musical Theatre Writing Program. As a producer, he recently co-produced the critically acclaimed premiere cast recording of Timothy Huang’s musical, The View From Here, starring Shonn Wiley. In August, 2006, Michael made his theatrical producing debut with the world premiere of Hermanas, a play by Monica Yudovich which received a completely sold-out FringeNYC run and transferred for an extended run at off-Broadway’s Theatre Row.

Originally a performer, Michael is a native Clevelander and a BFA graduate of the musical theatre program at Otterbein College. He regularly teaches and lectures on musical theatre and the entertainment industry, in New York City and throughout the world. Member, Casting Society of America.