JENNIFER AURIANNE DARE, CEO / PRESIDENT. Born in Visalia, California, Jennifer has been an active member of the entertainment industry for over twenty-five years. She arrived in LA at the age of 19 and became the lead singer of a successful folk-rock band, lauded as the “Fleetwood Mac of the 90’s”. the Extinct, a band that shared the stage with Stone Temple Pilots (rehearsal space too), No Doubt, Incubus, Dramarama, Fishbone, Maroon 5 (Kara’s Flowers), Alien Ant Farm as well as many other successful acts of the 90’s. Jennifer was integral in securing a deal for her band with Sony Publishing.

Jennifer was also sole producer and curator of The ATN Showcase, which ran during SXSW for nine years. It was the largest and longest-running independent showcase in SXSW history, so far.

In early 2008, Jennifer turned her focus to actor management and by late 2008 had a roster of 11 clients. In 2009, Jennifer joined forces with Bohemia Group, one of the top talent management companies in the industry. Over the next 6+ years, Jennifer amassed a roster of nearly 80 clients and held the title of Executive Vice-President for Bohemia Group. In late 2015, she launched her own management company, ATN Entertainment, with the goal to create and contribute to the success, livelihood and happiness of her clients, while servicing them with the highest level of integrity.

Jennifer’s experience, expertise and work ethic make her one of the most respected and sought after talent managers in the business.

Accepts Submissions via email and mail. 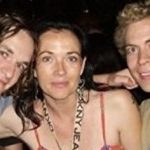